Christine Nizer is currently serving as Chair of the AAMVA International Board of Directors and was President of the AAMVA Region 1 Board of Directors from July 2018 to July 2019. Nizer was appointed Administrator of the Maryland Department of Transportation’s Motor Vehicle Administration (MVA) and Governor’s Highway Safety Representative in August 2015. Prior to that appointment, she served as the MVA’s Chief Deputy Administrator and Deputy Administrator for Central Operations and Safety Programs for over eight years. She also held management positions at the Maryland Public Service Commission, the Maryland General Assembly, and the Office of Homeland Security.

Ms. Nizer previously served as Chair of the State to State Governance Committee following her leadership of the Driver’s License and Identification Card Verification Systems Board. She has been a Member of the AAMVA International Board of Directors since 2016, and a Member of the American Association of State Highway Transportation Officials Standing Committee on Highway Traffic Safety. She is a 2011 graduate of the Leadership Maryland Program, was named the Women in Transportation Seminar Baltimore Chapter Woman of the Year in 2014 and received the AAMVA Chair’s Award of Excellence and Achievement in 2018. 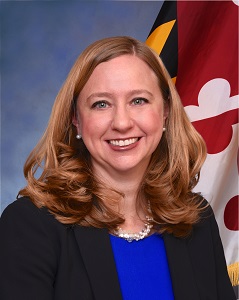