Chair's Award of Excellence and Achievement

The Chair’s Award of Excellence and Achievement is a special honor given at the discretion of the AAMVA Chair of the International Board of Directors to an individual or organization whose contributions and service have left a lasting impact on the AAMVA community. The award is presented each year at AAMVA’s Annual International Conference. 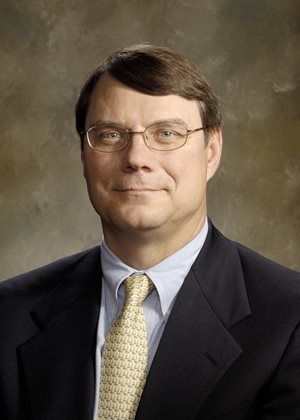 On September 15, 2022, during AAMVA's Annual International Conference, Chrissy Nizer, outgoing chair of the Board, presented the prestigious Chair’s Award of Excellence and Achievement to Kurt Myers, Deputy Secretary of the Pennsylvania Driver and Vehicle Services. An active member and champion of AAMVA, Myers first became involved in 1998 as a member of the International Registration Plan (IRP) Board of Directors, when IRP was a part of AAMVA. He became chair of IRP for two years, in 2005 and 2006.

In 2007, after being appointed to his current position of deputy secretary, his contributions grew to joining the AAMVA Board of Directors, becoming president of Region 1, serving as treasurer for Rick Holcomb, and then becoming chair of the Board in 2018. Kurt is widely regarded for his thought leadership, including leading AAMVA in its first enterprise-wide financial sustainability exercise while he was treasurer. He also headed a task force that tackled sustainability of the National Motor Vehicle Title Information System (NMVTIS). This year, in his capacity as treasurer of the Board, he worked with the AAMVA team to elevate financial transparency through a series of actions that resulted in AAMVA being recognized with the GuideStar platinum seal of approval, the highest achievable from the world's largest source of information on nonprofit organizations.

In addition, he has served as a mentor, friend, and collaborator for colleagues, by providing advice, support, and guidance on a number of issues faced by jurisdictions in the motor vehicle and law enforcement industry throughout his 20 years of service.

Network and Connect with AAMVA Members

Support AAMVA and Grow Your Business

Learn the Benefits of Membership for Law Enforcement