Chris Caras was appointed the Director of the Driver License Division for the State of Utah Department of Public Safety in August 2015. He guides the second largest agency within the Department. Prior to serving as the Director, he was the Deputy Director and prior to that, he served as the Driver Services Bureau Chief. The Driver Services Bureau is comprised of Field Licensing Services, Regulatory Programs, Administrative Hearings and Driver Improvement, as well as the Administrative Reconsideration Board and Facial Recognition program.


He began his career in 1992 as an Examiner and has since served as a Field Office Supervisor, Area Manager and founding member of the Division's Administrative Reconsideration Board. For more than 20 years, Caras has been a trainer in Fraudulent Document Detection Prevention, and Remediation. He served on the Driver Restriction and Review Committee as well as the Skills Testing Committees.

Chris also currently serves on the AAMVA Region 4 Board and leads the State to State Governance Committee.  In prior AAMVA service, Caras served on the Graduated Driver License Work Group, as Chair of the Region 4 Driver and Financial Responsibility group, and as a member of the Autonomous Vehicle Working Group.  He also served as the Chair of the Driver Standing Committee. 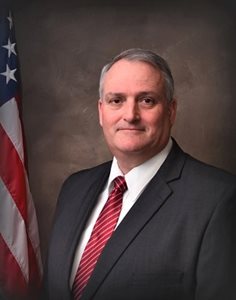