This award recognizes an AAMVA member jurisdiction employee or other individual in law enforcement whose primary function is directly associated with highway and traffic safety efforts and who has had a distinguished career in this arena. The individual can be currently active or retired.

This award is presented at the international level. Award nominations are from a chief motor vehicle or chief law enforcement administrator only. In the event that the chief administrator is the nominee, the nomination can be submitted by a deputy administrator.

Each agency may submit only ONE nominee. 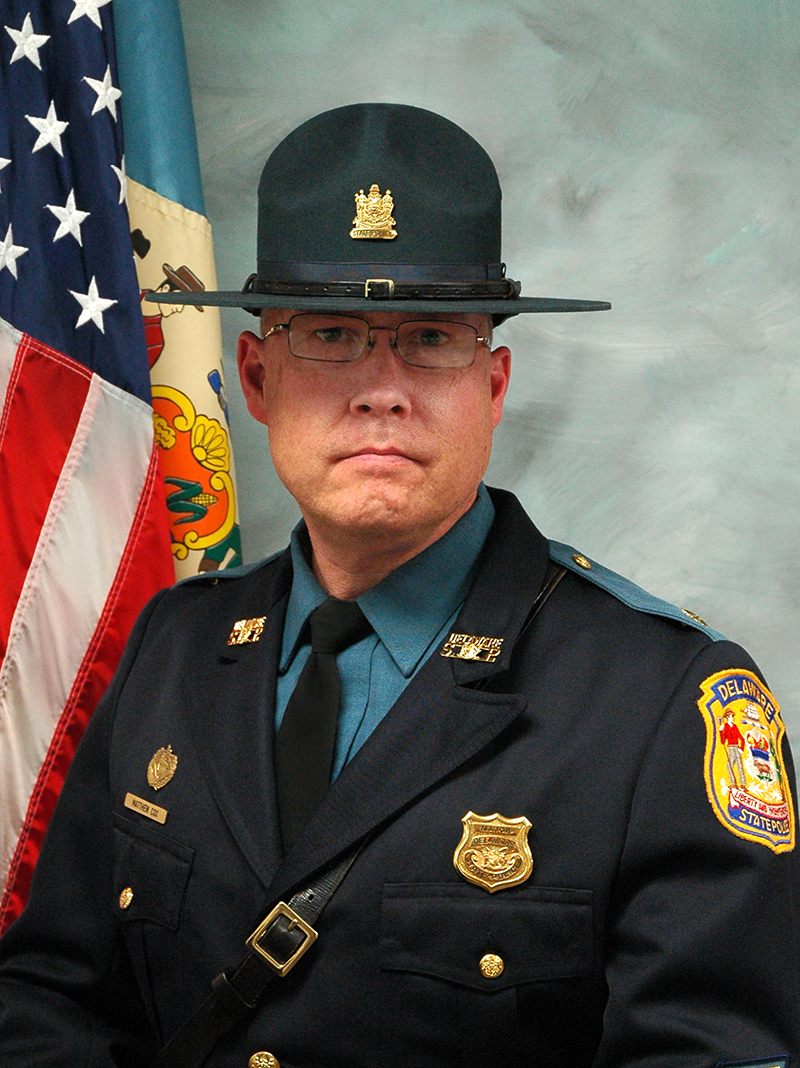 Major Cox is a 31-year veteran of the Delaware State Police (DSP), having joined its ranks in 1990. He has dedicated his entire career to improving highway safety in Delaware. He is highly respected for his expertise and his collaboration with partner agencies invested in improving safety on roadways. Early in his career, Major Cox demonstrated a strong passion for both programmatic initiatives and professional investigation of all facets related to highway safety. This led to an assignment of fatal accident reconstruction where he had a nine-year tenure in this specialty. He is credited for developing innovative enforcement strategies that have resulted in a reduction in collisions, including fatal collisions.

In 2015, Major Cox was transferred to the Traffic Section of the DSP as the Assistant Director of Traffic. In this assignment he had direct supervision for the statewide Truck Enforcement Unit and the Motor Carrier Safety Assistance Program. During his tenure he was involved in the following initiatives: Teen Driving Taskforce, Impaired Driving Taskforce, Governor’s Pedestrian Safety Committee, and Statewide Bicycle Action Plan. Major Cox also worked closely with the Office of Highway Safety on strategies and initiatives including pedestrian safety, motorcycle education and enforcement, and saturation patrols in areas that were identified as high collision areas.

In 2017, Major Cox was promoted to Captain and was assigned as the Officer in Charge of the Traffic Section. During his tenure the Division experienced a fifteen-year low in motorcycle and pedestrian crashes as well as a decrease in fatal collisions. Major Cox developed traffic initiatives, programs, and campaigns to promote increased police presence and enforcement on Delaware roadways. He also represented the DSP at numerous national events that focused on sharing best practices in the area of highway safety. Many of these initiatives also have an education component, where public outreach campaigns were implemented in a comprehensive strategy prior to any enforcement initiatives.

In 2019, Major Cox was promoted to the Executive Staff of the DSP. This role has a significant responsibility for prioritizing highway safety in the state. He continues to have oversight for the Traffic Section and works with the Director of Traffic in strategic planning for programs, equipment, and policy to minimize the adverse impact of collisions and fatalities in Delaware.

See How Your Jurisdiction Compares

Network and Connect with AAMVA Members

Support AAMVA and Grow Your Business

Learn the Benefits of Membership for Law Enforcement